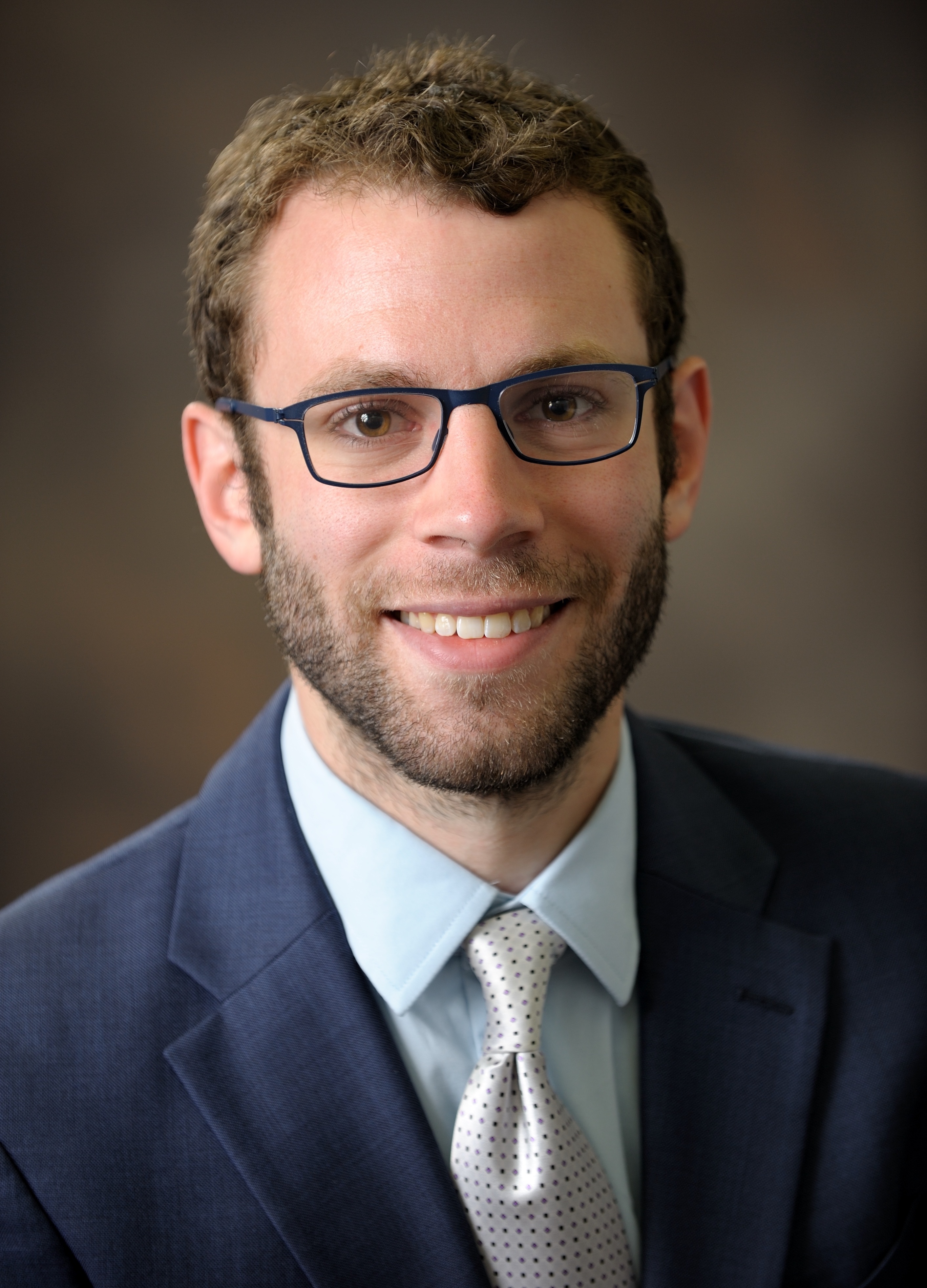 Herschel joined the Alleyne Research Group in July 2013. He completed his M.S. in August 2015, Ph.D. in May 2019, and continued as a post doc through December 2019. His masters research focused on the switched dynamic modeling and control of vapor compression systems. Expanding this scope, his doctoral research developed hierarchical control frameworks for coordinating the electrical and thermal systems of aircraft and hybrid vehicles. Using Model Predictive Control (MPC) and a scalable graph-based modeling approach, his contributions included new theoretical tools and experimental application of hierarchical controllers for energy systems characterized by switched dynamic behavior and/or by actuators with discrete modes of operation. During his graduate studies, Herschel received the NSF Graduate Research Fellowship (GRF), the MechSE Graduate Teaching Fellowship, and the ASME Energy Systems Technical Committee Best Paper Award. His experiences included collaborations with the Center for Integrated Thermal Management of Aerospace Vehicles (CITMAV), the NSF Engineering Research Center (ERC) for Power Optimization of Electro-Thermal Systems (POETS), CU Aerospace, and research funded by the Air Force Research Laboratory (AFRL). In January 2020, Herschel joined the Department of Mechanical Engineering at the Pennsylvania State University as an Assistant Professor, continuing his research into the advanced control and optimization of energy management systems. 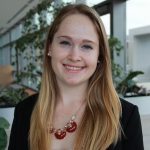 Sarah joined the Alleyne Research Group in May 2016 and completed her Master’s thesis in June 2018. Her research focused on modeling and control of battery electric vehicle (BEV) thermal and electrical systems. The systems of interest were a transcritical vapor compression system (VCS), passenger cabin and battery pack. She applied model predictive control to manage thermal constraints of the cabin and battery pack while minimizing electrical power consumption of the VCS, in order to improve the driving range of BEVs. Upon graduation, Sarah moved to Detroit, Michigan to work at Ford Motor Company. 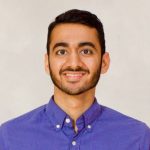 Sunny joined the Alleyne Research Group in August 2016 and completed his Master’s thesis in June 2018. Prior to that, he received his bachelors degree in Mechanical Engineering from Rice University in 2016. His research focused on the energy optimization of battery powered vapor compression systems for vehicles using extremum seeking control. Simulation and experimental results demonstrated significant improvements in energy efficiency through the use of these control techniques. After graduation, Sunny moved to Columbia, MD to work at the Johns Hopkins Applied Physics Laboratory. 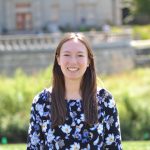 Malia was a member of the Alleyne Research Group from August 2015 to October 2017. She received her Master’s degree in May 2017. Her Master’s work focused on developing a framework for hardware-in-the-loop (HIL) testing of chemical plants. Malia created a modeling toolkit in Matlab Simulink, worked with real-time National Instruments hardware, and developed a simple hands-on experimental validation setup. Her research was supported by the National Science Foundation Graduate Research Fellowship Program and the Dow Chemical Company, which allowed her to work closely with ARG alumni Erick Sutanto. Additionally, Malia contributed to the ARG thermal fluid testbed by integrating real-time dSPACE hardware to allow for hardware-in-the-loop testing. After leaving ARG, Malia accepted a position with Raytheon in Dallas, Texas. 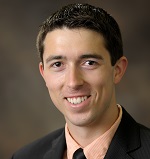 Matthew was a member of the Alleyne Research Group from June 2012 until August 2017. Prior to joining UIUC, he received a bachelor’s degree in Aerospace Engineering from the University of Kansas. Matthew’s research at UIUC focused on developing physics-based models and control strategies for aircraft power systems. During his masters research, Matthew collaborated with Rolls Royce and a team of mechanical, electrical, and aerospace engineers to develop the PowerFlow toolset, which simulated an aircraft’s power systems and their impact on the engine. PowerFlow would later influence the development of multiple toolsets for control-oriented modeling and simulation of aircraft power systems. Matthew’s master’s thesis presented the PowerFlow as well as the foundations of a hierarchical control strategy for aircraft thermal systems. Though his doctoral research, which was supported by the National Science Foundation’s Graduate Research Fellowship Program, Matthew expanded upon his master’s thesis work to develop hierarchical and model predictive control techniques for balancing the generation, consumption, and dissipation of energy in aircraft electrical and thermal systems. Additionally, he helped design, build, and validate the modular thermal test bed used to validate the control strategies in experiment. Prior to graduation, Matthew accepted a position in Northrop Grumman’s Future Technical Leaders program, which is a 3-year rotational program designed to give new employees advanced opportunities to network and advance within Northrop Grumman. 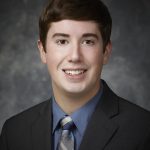 Justin was a member of the Alleyne Research Group from 2011 to 2017. He received his M.S. in 2013 and Ph.D. in 2016, followed by a one year post doc during 2017. His masters research focused on the development of scalable modeling and control strategies for multi-evaporator vapor compression systems. His doctoral research expanded upon these scalable modeling and control strategies through the development of graph-based modeling techniques and hierarchical Model Predictive Control (MPC) frameworks for aircraft energy management. Justin’s research was supported by the National Science Foundation (NSF) Graduate Research Fellowship Program (GRFP) and the Air Force Research Laboratory (AFRL). In January 218, Justin joined the Department of Mechanical Engineering at the University of Texas at Dallas as an Assistant Professor, where he will continue his research in hierarchical MPC and control strategies for energy management systems. 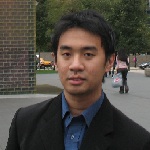 Erick joined the Alleyne Research Group in the Fall semester of 2009. He attended the University of Texas at Austin for his bachelors degree in Mechanical Engineering and pursue his graduate study right after. At Illinois, Erick was a part of the NanoCEMMS Research Center, focusing on the Electrohydrodynamic-Jet (E-Jet) Printing both for his Masters and PhD. Erick  completed his Masters degree in 2011, and his Doctorate degree in 2014. Upon completion of his graduate study, Erick will join the robotics group of the Dow Chemical Company, which resides at the northwest suburb of Philadelphia. 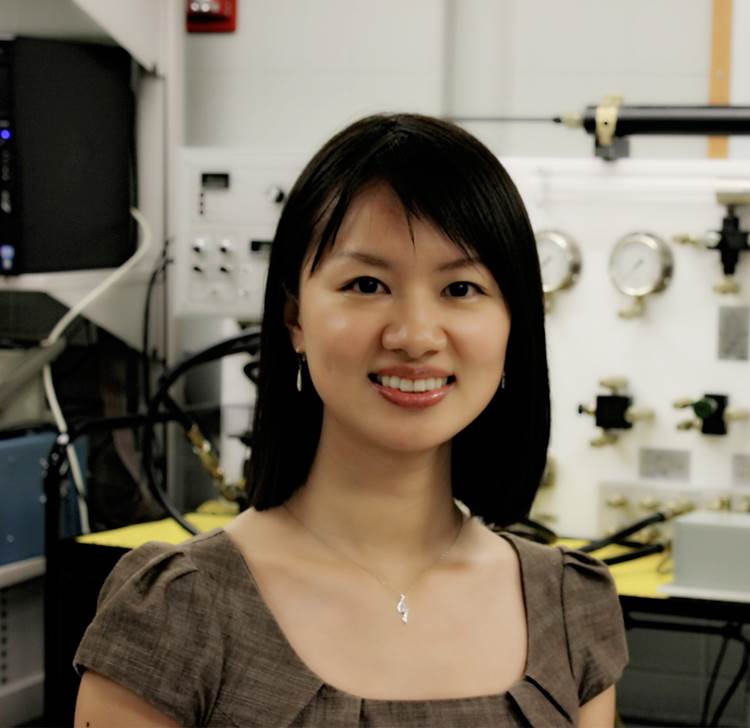 Nanjun was a member of the Alleyne Research Group from Aug 2008 – May 2014. She received her M.S. in 2011 and Ph.D in 2014. In her Masters research, she developed identification and control methods for an automatic steering agricultural vehicle, and has successfully applied the algorithm on a John Deere tractor. Through her doctoral research, she focused on developing an integrated learning identification and control algorithm. The learning algorithm was tested on a pick and place robot system. After graduation, Nanjun accepted a position at the Halliburton Simulation and Analysis group in Houston.

Yangmin Xie is currently an assistant professor in Shanghai University. She received her bachelor and master degree in Mechanical Engineering in 2005 and 2008, respectively, from Beihang University, China. She obtained her Ph.D. degree in Mechanical Engineering from University of Illinois at Urbana-Champaign in 2013, and worked there as a Post Doc. research associate until 2014. She joined Shanghai University in 2015, and her current research interest involves control theory, computer vision and sensor fusion with applications on smart space structures and mobile robots. 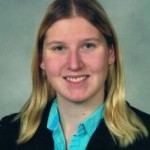 Megan was a member of the Alleyne Research Group from May 2011 to June 2013. She received her Master’s degree in 2013. Her Master’s thesis focused on identifying a subset of control variables for vapor compression cycle systems which still produced optimal energy consumption while minimizing the complexity of multivariable control. Through her time with the Alleyne Research Group, she was able to work closely with the Air Force Research Laboratory in developing a modeling and optimization toolbox for their vapor compression system. After graduation, Megan accepted a position with the Belcan Engineering Group in Cincinnati, Ohio. 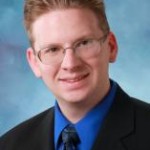 Tim was a member of the Alleyne Research Group from 2008 to 2013. He completed the combined B.S./M.S. program in the Mechanical Science and Engineering department in 2009 and the PhD in 2013. He received the Mechanical Science and Engineering Outstanding Scholar Fellowship in 2008. In the summer of 2012 he was selected to participate in the Naval Research Enterprise Internship Program. His PhD research focused on a model predictive control approach to energy management for mobile applications with energy storage. Tim also participated in the Cozad New Venture competition in 2013 and, with his partner, Nishana Ismail, won the “most fundable venture” award. Tim and his partner are now working to grow their startup, Servabo, and further develop their personal protection technology. 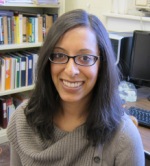 Neera Jain was a member of the Alleyne Research Group from August 2006 to May 2013.  She received her M.S. in 2009 and Ph.D. in 2013.  For her Masters research, she developed and validated a low-order dynamic model of a commercial truck transport refrigeration system (TTRS). This low-order system model enabled the use of model-based design and control techniques which could not be applied to the complex models traditionally used for refrigeration systems.  Through her doctoral research, supported by the Department of Energy Office of Science Graduate Fellowship, Neera developed a systematic methodology for developing objective functions to be used in conjunction with optimal control algorithms for improving operational efficiency and performance of integrated energy systems (IESs).  This was accomplished through the use of a thermodynamics-based minimization metric, exergy destruction, which was used as the foundation for deriving objective functions which are 1) physics-based, 2) generalizable to a wide class of IESs, and 3) modular with the ability to characterize not only an entire IES but also specific subsystems of a larger IES.  Following graduation, Neera was a visiting member of the research staff in the Mechatronics Group at Mitsubishi Electric Research Laboratories in Cambridge from May 2013 to May 2014.  She joined the School of Mechanical Engineering at Purdue University as an assistant professor in January 2015.

Vikas was a member of the Alleyne Research Group from January 2008 to March 2013. He received his Masters degree in 2010 and PhD in 2013. In his Masters research, he developed control and modeling tools to enable energy efficient operation of large scale hydronic (water-based) systems for thermal management in buildings. In particular, he investigated the potential of using advanced tools such as distributed Model Predictive Control to meet the underlying performance objectives. Vikas’ doctoral research focused on the decentralized thermal control of buildings from the perspective of obtaining satisfactory tradeoffs between performance and robustness to faults in the sensing and control infrastructure. After graduation, he accepted a position at IBM’s India Research Laboratory, Bangalore in their Smart Energy Systems group. 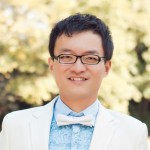 Bin Li was a member of the Alleyne Research Group from August 2006 to May 2013. He received his M.S. in 2009 and Ph.D. in 2013. His research focused on the dynamic modeling and control of air conditioning and refrigeration thermo-fluid energy systems, particularly with application to food refrigerated transport. Supported by the Air Conditioning and Refrigeration Center and Thermo King Corporation, his research objectives were to develop modular modeling tools to better understand the fundamental thermal and hydraulic behavior, and develop scalable model-based control operating strategies for performance improvement.