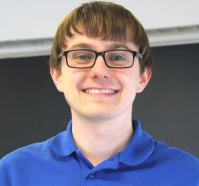 From use cases such as aerial photography,  archaeological surveying, and commercial delivery, unmanned aircraft systems (UAS’s) have become increasingly popular in both the home and commercial market. Common designs vary including the multirotor,  traditional fixed-wing, and fixed-wing vertical take-off and landing (VTOL) aircraft. Multirotors possess the ability to hover at the cost of sustained flight time as well as the ability to begin flight without the need of ample space such as a runway. Fixed-wing aircraft, however, are unable to hover but take advantage of lift allowing for longer sustained flights. Traditional fixed-wing aircraft require larger areas of space in order to begin flight whereas VTOL’s take advantage of the capability to take-off without the need of a runway. The required design of the UAS depends on factors such as desired flight time, payload capacity, maximum horizontal velocity, and the take-off space required.

Dylan’s research area focuses on the optimization of both the physical design as well as the control systems of a UAS.